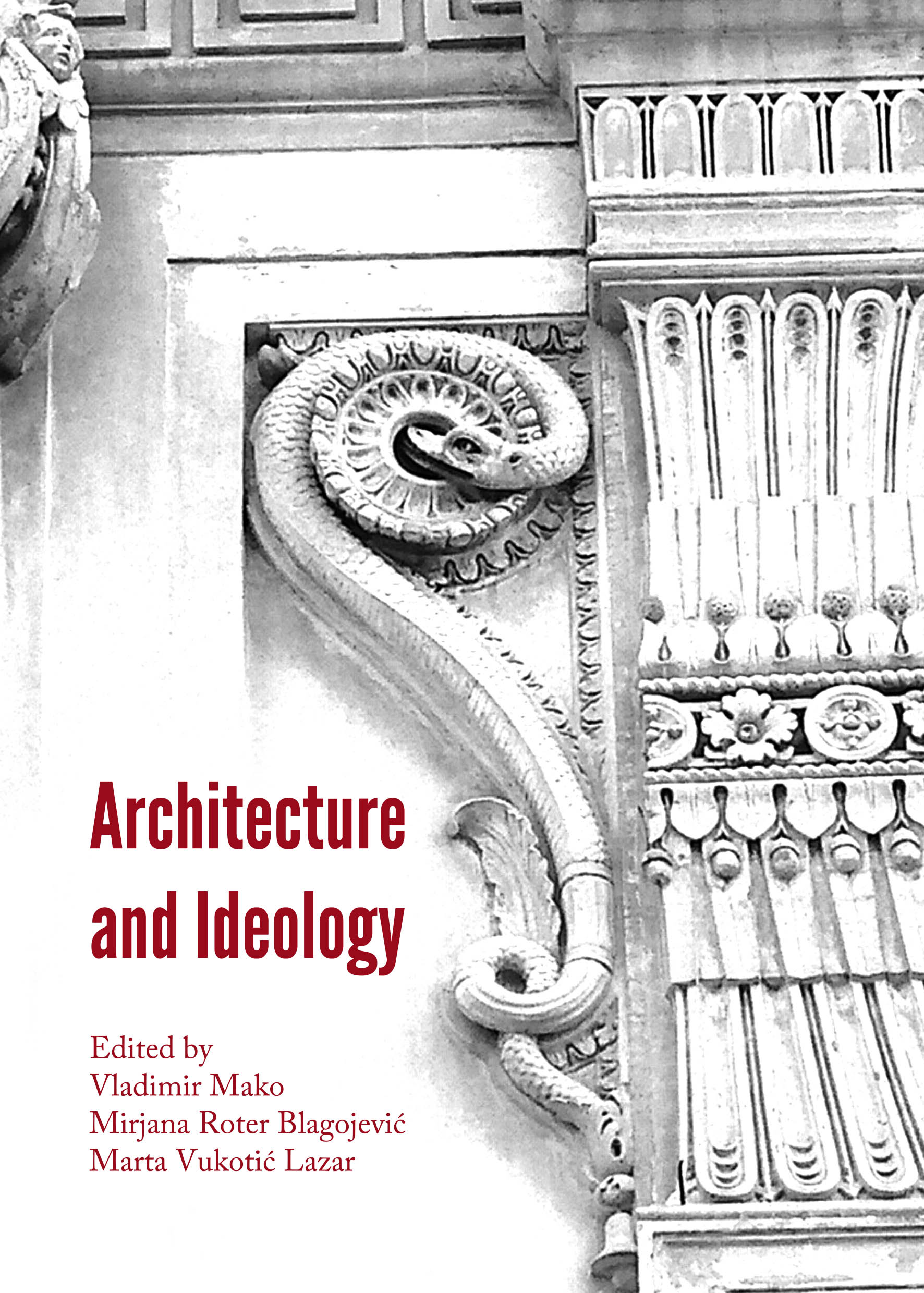 Architecture and Ideology consists of twenty-two essays arranged in four thematic units: Ideological Context of Architecture, City and Power, Morphology and Ideological Patterns, and Designers and Ideology. The subjects that are investigated and elaborated are connected with the influences of different 20th century political and social ideologies on urban development and the architecture of various European cities, from the east and the west.

The authors are professors and scientific researchers from various European universities and institutions and theoreticians of architecture, architectural historians and aestheticians, and architecture practitioners. The majority are from Serbia and other countries from the former Yugoslav Republic, namely Croatia, Macedonia, and Bosnia and Herzegovina, though countries such as Hungary, Russia, Italy, Austria, Germany, Netherlands and the UK are also represented.

The essays will be of interest to university professors and students, researchers in the history and theory of architecture and city, and professionals in art and architecture, as well as sociologists, historians, and philosophers.

Dr Vladimir Mako is Professor of Aesthetics, Theory and History of Architecture and Visual Arts at the Faculty of Architecture of the University of Belgrade. In the last twenty years, he has published books and papers in both Serbian and English, and a few of his works have been translated into Japanese. His recent publications include Aesthetic Thoughts on Architecture: Middle Ages (2012) and Aesthetic Thoughts on Architecture: Antiquity (2011). In 2008, he won the Foundation Veselin Lučić Award for the best scientific work at the University of Belgrade, for the book The Art of Harmony. He is a member of the International Association for Aesthetics, the Sydney Society of Literature and Aesthetics, and of the Board of the Serbian Association for Aesthetics in Architecture and Visual Arts.

Dr Mirjana Roter Blagojević graduated from the Faculty of Architecture of Belgrade University, where she has been working since 1989, today as an Associate Professor at the Department of Architecture. Her main area of research is architecture of the Serbian capital in the European context, which she researched in her master’s thesis and in her doctoral dissertation. She has published a monograph, titled Residential Architecture of Belgrade in the 19th and early 20th Century (2006), and was awarded with two awards. She is a member of ICOMOS Serbia and DOCOMOMO Serbia.

Dr Marta Vukotić Lazar graduated from the Faculty of Philosophy of the University of Belgrade. Since 2013, she has worked as Chairperson of the History of Art Department at the Faculty of Philosophy of the University of Priština, with a temporary Head Office in Kosovska Mitrovica, and as Assistant Professor. Her main area of study is the history of 19th and 20th century European and Serbian architecture and urban planning. Her publications include Momčilo Belobrk, an Architect (1996) and The Belgrade Period of Nikola Dobrović, an Architect (2002). She is a member of the Association of the Applied Arts and Designers of Serbia (ULUPUDS), ICOMOS Serbia and DOCOMOMO Serbia.