Home / Buy A Book / Life Sciences / Evolution and I 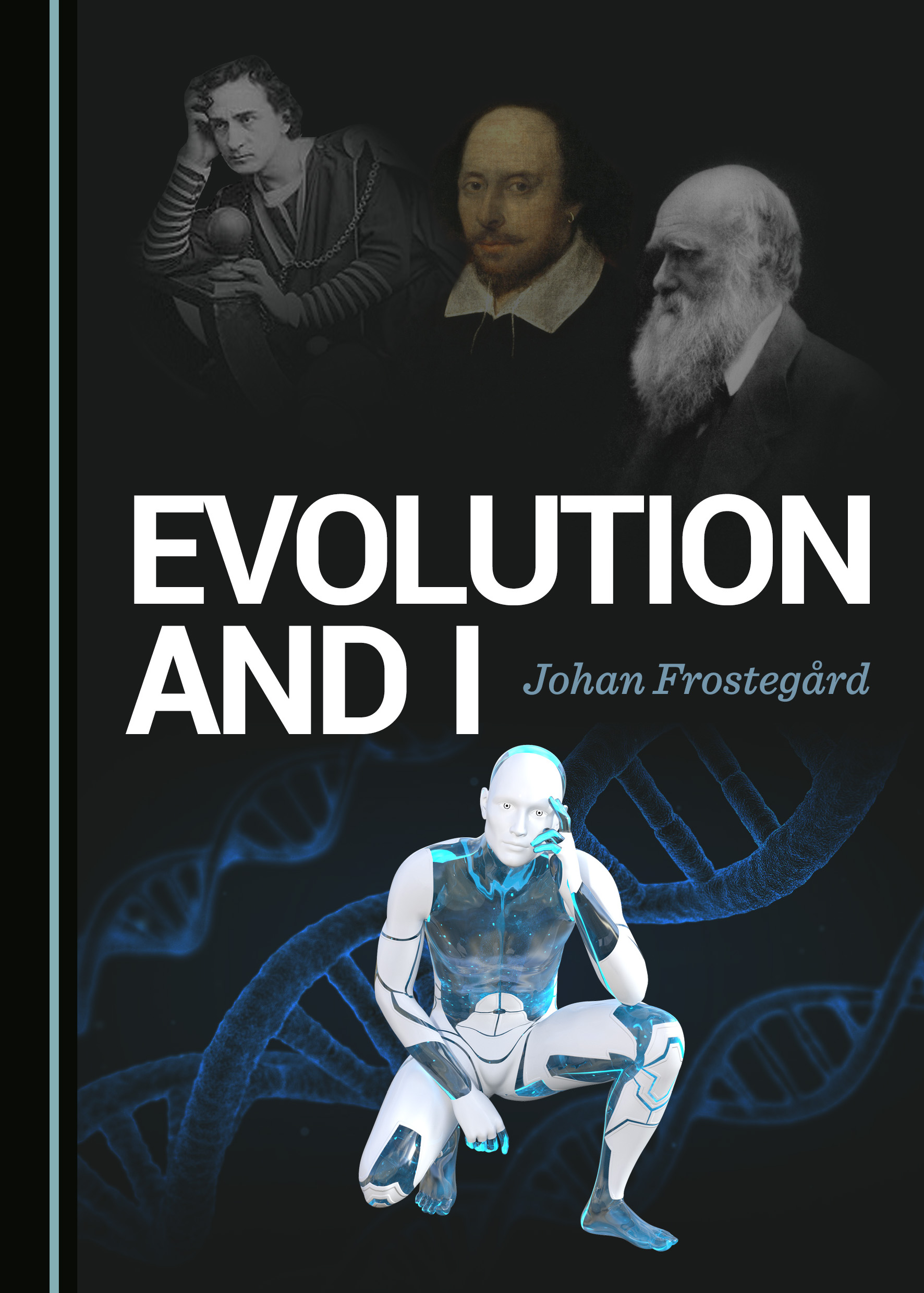 This book is about evolution, and what each of us, our self and our consciousness, really are. It highlights how evolution influences the human self and what we think of as our individual personalities, our souls.

The theory of evolution, first conceived by Charles Darwin, has been described as the best idea ever conceptualised, and there is quite some truth in this! Still, there is much to discover in relation to evolution, including the scope of this theory for shedding light, often in unexpected ways, on some of the major questions of life.

Are humans just another animal species? Are we really more intelligent than our forefathers? What is the connection between Nietzsche, Shakespeare, Hamlet and syphilis?

Evolution and I discusses and sheds light on human knowledge and evolution from a range of perspectives including morals and ethics, sex and gender, religion, artificial intelligence, and microorganisms, with often surprising conclusions.

Johan Frostegård is a Professor of Medicine at Karolinska Institutet, Sweden. He is also a Senior Consultant in Internal Medicine and in Rheumatology. His main research interests are the immunological aspects of atherosclerosis and its consequences, particularly cardiovascular disease (strokes and myocardial infarction). He is active in the field of autoimmunity, and researches systemic lupus erythematosus and rheumatoid arthritis. He has published hundreds of papers in peer-reviewed journals, and was coordinator of the European consortium CVDIMMUNE, focused on novel aspects of immunity and atherosclerosis. He is an inventor and entrepreneur in the biotech industry, where discoveries from his lab, including novel therapeutic properties of Annexin A5, are now in different phases of drug development. His publications include three novels, and acclaimed books in relation to evolution, such as Almost All About Mankind (2008, 2013, 2017), and The Decline and Fall of Economic Man (2014).

"Evolution is always interesting to read about. This book evaluates the evolution and how it affects our own lives; moral, gender roles, religion, AI and mikro organisms. A book that might explain our society today."

“Fortunately there are a few chatterboxes at universities who take their jobs seriously enough to try to explain to the rest of us what is actually going on. One such is chief physician and professor at the Karolinska Institutet, Johan Frostegård, whose new book “Evolution and I” is a cornucopia for those who want to know the truth, to have an informed opinion.”
Fredrik Sjöberg