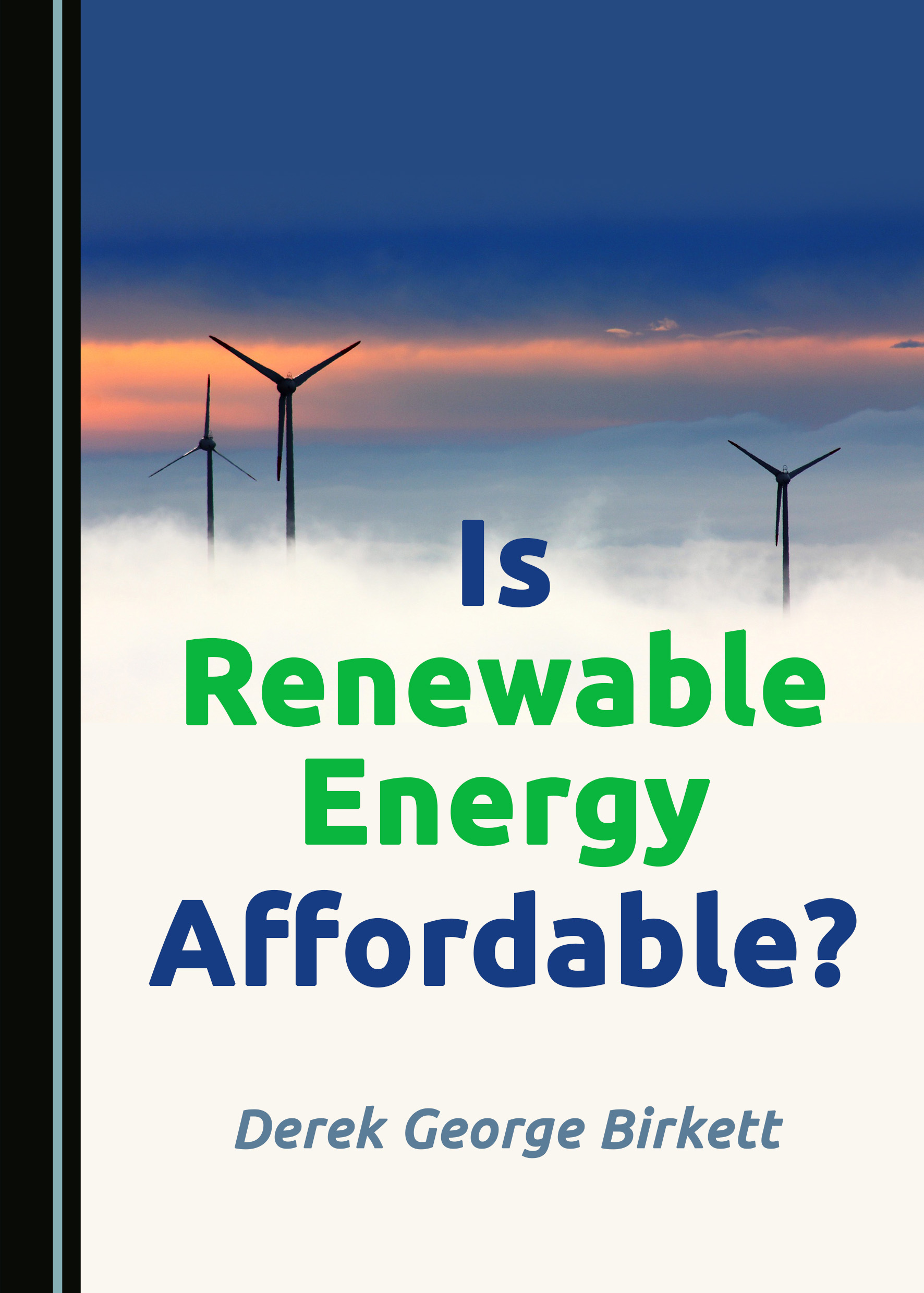 The cost of energy provision is the basis of our living standards. The demand for renewable power sources to mitigate global warming concerns comes with increasing cost, and their integration onto the national electricity supply network remains largely unnoticed until the bills arrive. State policy has not managed this transition effectively, and the increasing cost of highly damaging subsidies, inflicted as a consequence of imposed regulation, has been absorbed by the electricity consumer. This situation has led to the state assuming effective direction of electrical power supply investment.

This book explains to the lay reader how this circumstance has arisen. Understanding the varied technologies of supply and their accommodation onto an electrical grid system is only the first stage. Structural issues are examined, as are security problems that are endemic with intermittent production from renewable sources. It is within this detail where the costs are found and why electricity bills have doubled over the past decade.

What is revealed is the serious predicament the nation faces for future electrical supplies, where solutions cannot be realised overnight. The book outlines radical proposals for future investment that has confounded our politicians, accountants and bureaucrats. It is time for an engineering perspective to be heard.

Derek George Birkett is a retired grid system control engineer with two decades of shift experience under both nationalisation and private ownership, having had previous employment on coal and hydro operations. He has also had project responsibility on installation and commissioning at five major coal and nuclear power stations across the UK from which chartered status was awarded.

"Mr Birkett writes with a lifetime of experience working in the energy sector – not in the area of policy, or as a lobbyist, but as an engineer. He is a retired grid system controller who has worked both under nationalisation and private ownership, having previously been employed on both coal and hydro power stations. He also had project responsibility on installation and commissioning at five major coal and nuclear power stations across the UK from which chartered status was awarded. Clearly, this is someone who writes as an ‘expert’. It is this background and expertise which informs the conclusions in this book, which is intended as helpful reading for the layman without detailed background knowledge of energy systems…There are many in the world of politics today, and energy policy, who will disagree with his conclusions, but this is an informative, well-researched book based on the author’s expertise and extensive personal experience. He writes as an expert, and his opinions deserve a serious response."

"I strongly recommend this book to anyone interested in energy generation, sustainability, the stability of the electrical grid system"
(Dr Michael Simpson, Sustainability (April 2019))