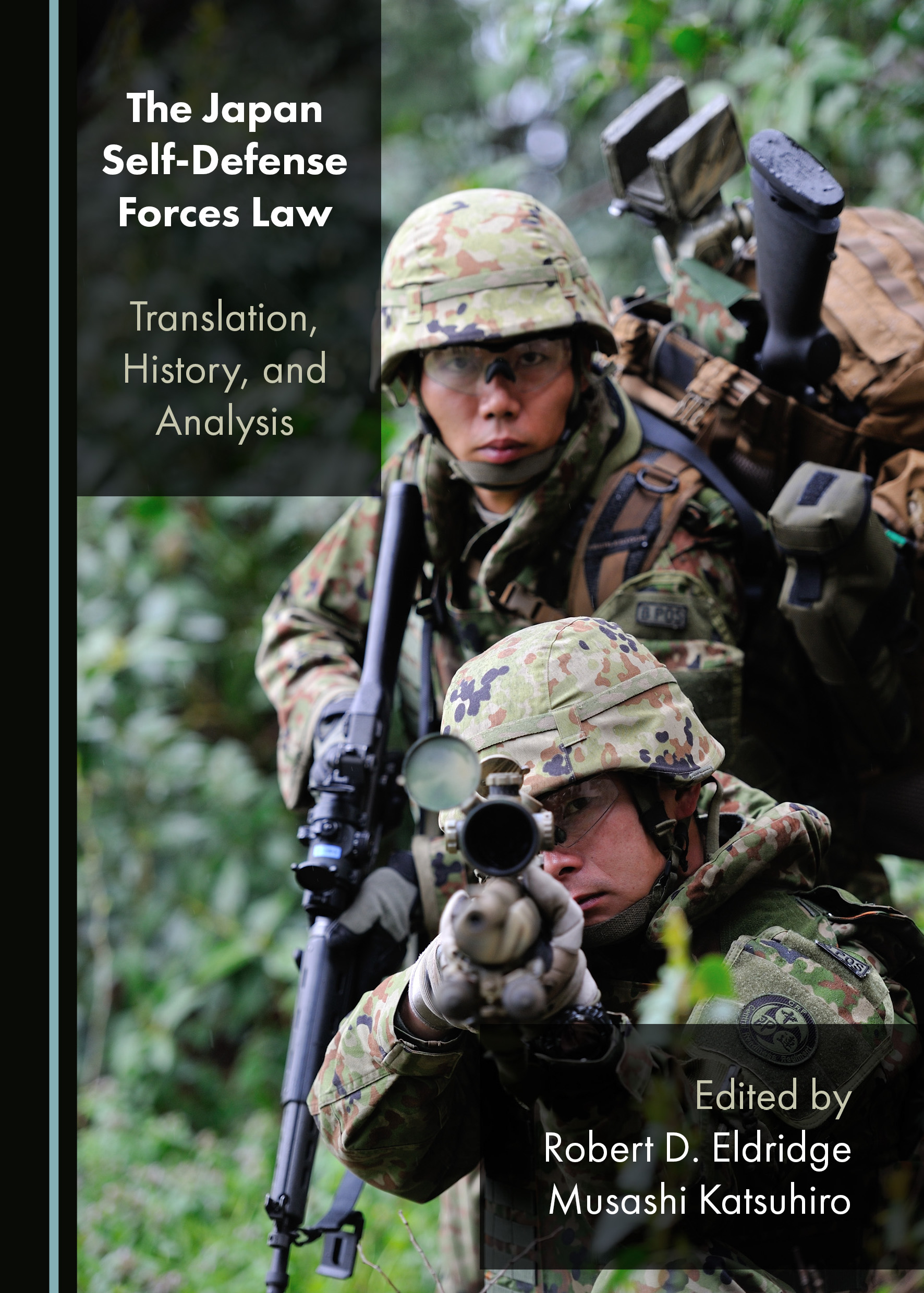 This book is the first ever to examine the Japan Self-Defense Forces Law by providing an historical overview of its passage, changes, and function in Japanese defense policy since its passage in 1954. It is also the first to provide a full English translation of the Law, incorporating all of the more than 160 changes that have been adopted to it. This book will be of immense importance to students, scholars, practitioners, and officials working with or interested in Japan’s “military,” a term that is recognized internationally but remains sensitive domestically.

Robert D. Eldridge received his PhD in Japanese Political and Diplomatic History from Kōbe University, Japan, in 1999, and since then has been a tenured Associate Professor at Ōsaka University’s School of International Public Policy, and a visiting scholar at numerous other universities and think-tanks in Japan, including the Japan Forum for Strategic Studies and the Nakasone Yasuhiro Peace Institute. He is the author, editor, contributor, and translator of approximately 80 books about US-Japan relations and Japanese politics including his most recent, Changing Security Policies in Postwar Japan: The Political Biography of Japanese Defense Minister Sakata Michita (2017).

Musashi Katsuhiro received his LLD from Kōbe University, Japan, in 1996, and his PhD from Ōsaka University in 2007. He is currently a Professor of Law and Policy at the School of Policy and Management of Dōshisha University, Japan. He is a specialist on Japanese politics and legislation. His publications include Contemporary Japanese Legislative Process (1995), A Study of Diet Member Bills (2003), and The Evolution of Civilian Control in Japan after the Cold War (2009). He served as a member of the Minister of Defense’s Experts Advisory Panel on Ministry Reform in 2010.