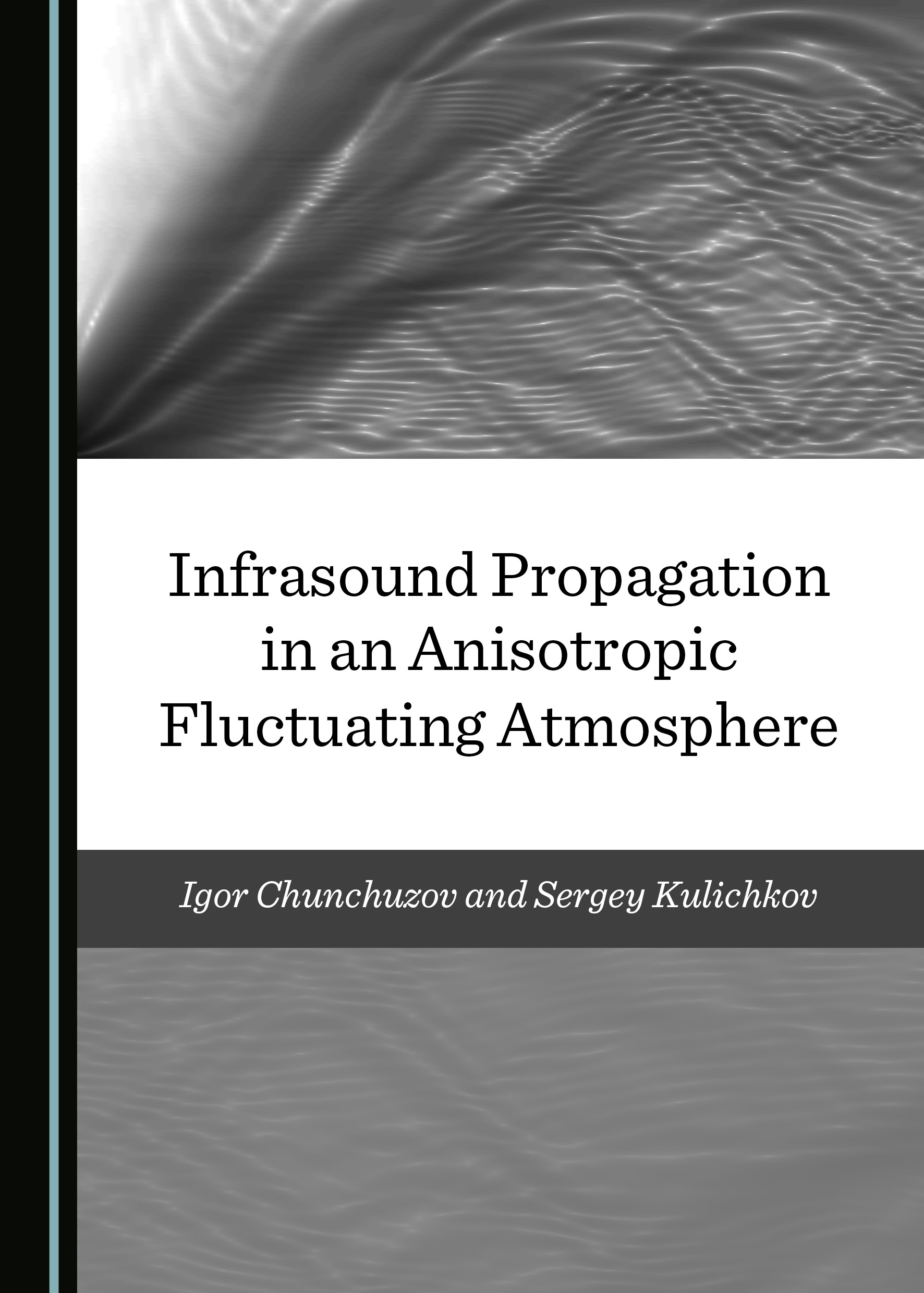 This book presents the theory and results of experimental studies of the propagation of infrasound waves in a real atmosphere with its inherent fine-scale layered structure of wind speed and temperature. It is motivated by the fact that the statistical characteristics of anisotropic (or layered) fluctuations of meteorological fields, the horizontal scales of which significantly exceed their vertical scales, have been very poorly studied compared to those of locally isotropic turbulence in the inertial range of scales. This book addresses this lacuna by developing a theory of the formation of anisotropic inhomogeneities of the atmosphere in a random field of internal gravity waves and vortex structures. Using theory, it explains numerous experimental data depicting the influence of the fine structure of the atmosphere on the propagation of infrasound waves from pulsed sources. The text will appeal to specialists in the fields of acoustics and optics of the atmosphere, remote sensing of the atmosphere, the dynamics of internal waves, nonlinear acoustics, and infrasound monitoring of explosions and natural hazards.

Igor Chunchuzov graduated from the Physics Department of Lomonosov Moscow State University, Russia, and obtained his PhD in Nonlinear Acoustics in 1980. In 1985, he and Sergey Kulichkov were awarded with the gold medal of Russian Academy of Sciences for the best scientific work on geophysics among young scientists. In 1992, he became a doctor of physical and mathematical sciences. He is currently a Leading Researcher at the Obukhov Institute of Atmospheric Physics, Russia, and his research focuses on atmospheric acoustics, nonlinear acoustics, internal gravity wave dynamics and mesoscale turbulence. He published more than 160 papers and is a co-author of three books.

Sergey Kulichkov graduated from the Physics Department of Lomonosov Moscow State University (in 1976, and obtained his PhD in Atmospheric Physics and Turbulence Theory in 1981. He is currently a Director of the Obukhov Institute of Atmospheric Physics, Russia. He is a renowned specialist in atmospheric acoustics, infrasound monitoring of explosions, and hazardous atmospheric phenomena. He has published more than 220 scientific works, including four books. He is also the recipient of the 2008 Prize of the Government of the Russian Federation in the field of science and technology.