The Paris Residences of James Joyce 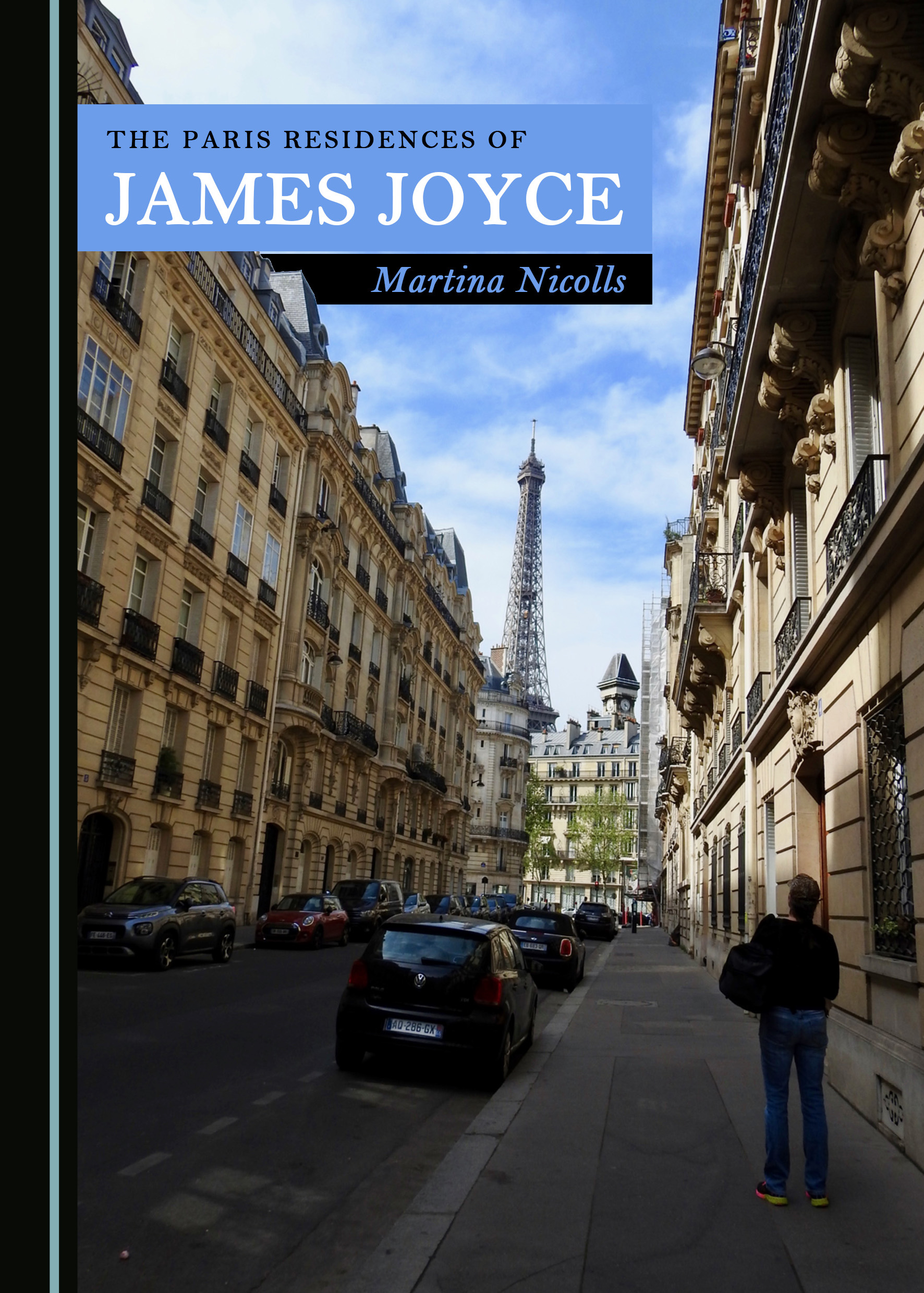 This book presents a narrative and photographic journey of the hotels and apartments where James Joyce lived for twenty years in 1920s and 1930s Paris.

In June 1920, at the age of 38, the Irish author sought a city where he could finish Ulysses—one of the finest literary works in history. He arrived in Paris on the recommendation of Ezra Pound on 8 July and stayed for 20 years. With Nora, fifteen-year-old Giorgio and thirteen-year-old Lucia, he moved in and out of 18 residences in five arrondissements in Paris. Which arrondissements did he prefer? Which residence was the first place with the luxury of a telephone? Who did he entertain, and where was he most productive and creative?

This book is both a guide for the armchair wanderer and a roadmap for Joyce aficionados in Paris. It provides new insights into Joyce’s life in Paris, based around the changing locations, styles, and sizes of his residences, depending upon the fluctuations of his finances. This book is a rich collection of information about each residence with an historical account of the duration, cost, lifestyle, and cultural atmosphere amid the significance of the social times.

Martina Nicolls holds an MSc in Communications, and has over 35 years’ experience in aid development monitoring and evaluation, peace and stabilization, human rights, education, and science communication. She has also presented papers on European literature at various international conferences.

“James Joyce, like many Irish people before him and after him, found in Paris the refuge they needed from the oppressive and repressive social and political atmosphere of Dublin. […] Frequently short of money, the Joyce family moved between hotels, apartments and the guest rooms of friends. Martina Nicholls has now produced a handy topographical guide to no less than twenty-three Joyce addresses, all photographed by herself, and identified with google maps. […]For although all readers will know about Hemingway, and probably most readers will know about Sylvia Beach, as with Ulysses and Finnegans Wake there is always something new to be learned, for the book notices a great many bit-part players, all of whom are listed in an appendix […] Written in jaunty prose, with many discursions, this book, hardcovered and modestly sized, should be profitably read between walks, perhaps in the Café Flore or the Jardin du Luxembourg (the Luxembourg Garden), as a prelude to deeper immersion in James Joyce, or Paris, or both.”
David Charles Rose
Author, Oscar Wilde's Elegant Republic: Transformation, Dislocation and Fantasy in fin-de-siècle Paris